Mankind’s Creators presents a number of archaeological and other discoveries which confirm the ancient Greek sources on the native pre-historic civilisation they described. It is now proven that the people of the Aegean were building sophisticated boats as early as 130,000 years ago, and in various waves they colonised much of Europe, Asia and Africa. During the Neolithic period they developed the advanced Civilisation of the Goddess – Mother Earth Demeter. At least some 7,300 years ago they were using a highly complex script consisting of 5,400 different symbols and were the earliest in the use of metallurgy and advanced astronomy.

Excerpts from 2.2: Above and Under the Sea

Recent discoveries in the Greek islands have brought to light(FN) sophisticated stone-made tools in various shapes and weights made 270,000 years ago. To the surprise of many scientists, sophisticated tools were also used in an organised shipyard at least 130,000 years ago, where people made advanced boats.(FN) Such amazing discoveries have altered much of what we know about the evolution of human civilisation and come as a shock to all those who, for a long time, insisted that it was impossible to find this type of technology so early in time.

The very early use of boats in the Aegean is also reflected in ancient Greek mythology, when Pyrrha and Deucalion survived a destructive cataclysm by building a ship.(FN) In the ancient sources there are reports for three different cataclysms. Pyrrha with Deucalion, the “parents of Ellin” we met earlier, survived the second one. The third and last cataclysm reported in Greek mythology has been named after Dardanos, a prehistoric Pelasgian King, on the account that the lands of his kingdom were flooded. It has recently been confirmed by geologists that this was a historic cataclysm dated to 14,000-12,000 years before our present time.(FN) Some geologists were surprised to discover that it happened exactly as some islanders from Samothrace had reported to the ancient historian Diodoros Sikeliotis in the first century BCE.(FN) The islanders told Diodoros that some time in the distant past, masses of water had flooded the Black Sea with great force and broke across the landmass separating it from the Mediterranean. Geologists now know that the glaciers of central and northern Europe were melting fast at that time, as a result of a global warming caused by changes in the distance between the earth and the sun, which occur periodically in the course of time and which are known as the Milankovitć circles. The rivers brought those waters to the Black Sea but the question here is how the accurate information as to what happened ten millennia before, was transmitted to the islanders who spoke to Diodoros? How early in time did the islanders start recording such data and by what means did they pass such knowledge to future generations?

So far, the earliest organised and complex human settlement in the world, standing above sea level, has been discovered on the island of Limnos, south of Samothrace, where Diodoros recorded the Dardanos cataclysm. A mixed community of fishermen, hunters and gatherers were active in Limnos some 14,000 years ago.(FN) Thousands of other archaeological finds scattered in different regions confirm that Greece has the richest pre-history in the world. Central Greece including Epirus, the region next to Thessaly where early agriculture flourished, was densely populated and no other location on the planet has so many Palaeolithic sites.(FN)

As the glaciers, ice and the permafrost (frozen earth) were melting, many people moved from Greece further north in the Balkans.  There they multiplied and formed the largest early Neolithic human population in the world, as the Neolithic sites discovered in the Balkans reveal. Those settlements predate the earliest large Neolithic settlements in Mesopotamia,(FN) and archaeology also confirms that agriculture was introduced in Egypt a few millennia after it was widely used in Thessaly. The Thessalian domestication of animals also predates that of Egypt. This observation is important because recent human genome discoveries reveal that some Eurasian farmers, all of the same genetically identifiable group, did colonise much of Africa during the Late Neolithic period.(FN) The archaeological indications are that this group is identical or related to the Protoellines whose populations first thrived on the islands, in Arcadia, Epirus and Thessaly, then expanded and increased all over the Balkans, Asia Minor and much of the rest of the world.(FN)

Nature had made it impossible for those prehistoric people who were navigating between the ports of the Aegean not to be in contact with three different continents: Europe, Asia and Africa. There is no other region in the world that connects these three most important continents for the emergence of human civilisation. The sea winds were often changing direction and were forcing the prehistoric Protoellines to miss their destination, resulting in them crossing, from one continent to the other. If they survived they had to figure out how to get back home.

The contact with the three continents, the need for safe navigation and the factors we are going to examine below, triggered developments for the emergence of the world’s first advanced civilisation.

For millennia nobody else was sailing in the Hellenic seas apart from the natives, the first people who created a seafaring industry in the world. Long periods of safety and security, as well as the development of new methods for the production of food, led to significant population growth. Overpopulation on some islands and in other regions caused repeated waves of emigration not only all over the Mediterranean and the Black Sea but also to the north, first in the Balkans and then wherever the ice and the permafrost were retreating as the planet was getting increasingly warmer.(FN) The boats were not used only as a means of transport. They also provided good quality portable housing for the migrants who were leaving the overcrowded islands and peninsulas. The boats also had excellent food and water storage facilities. Numerous finds confirm that the prehistoric and many of the subsequent Hellenic peoples had sailed and settled in Spain, South Italy, the Black Sea, the Middle East(FN) and as far away as Scandinavia and Ireland.(FN) It is now confirmed that the emigration from the Hellenic regions to many other parts of the world started some thousands of years before previously thought, and continued for a very long time.

The constant observation of the sky and the stars for navigational needs, in addition to the struggle for survival following the frequent earthquakes in the region, motivated the Protoellines to philosophise on the meaning of their own existence on earth. In turn, philosophy led to the development of further theoretical and scientific studies.

In some of the Greek islands archaeologists discovered some very strange ceramic vessels looking like frying pans. Although some of them are 6000 years old, it is not known when they were first produced. For a long time some archaeologists thought that these strange objects were filled with water and their prehistoric owners used them as mirrors by looking at their reflection in the water surface. No archaeologist could explain the complicated designs the vessels displayed on their flat side and sometimes on their perimeters. Unable to see any meaning in them, the archaeologists concluded that the designs were purely decorative. But one day a museum visitor, Louis Roussos, a native islander and retired sailor who had travelled all over the world and used astronomy to navigate his ships, made the hypothesis that the “frying pans”(FN) could have been used as compasses by the immersion of a needle of magnet in the water they contained, and the designs on their sides could have provided additional astronomical guidance for navigation. Scientific research on the “frying pans” conducted by a mathematician, Dr Minas Tsikritzis, and an astronomer, Professor Xenophon Moussas, proved that many designs do in fact present highly sophisticated astronomical information. Thanks to their work it is now known that the vessels are in fact very accurate and highly sophisticated Pregnancy Due Date Calculators.

The people who lived in Thessaly and the nearby regions were far more advanced than previously thought. An inscription found in Dispilio,(FN) not far from Thessaly, has not yet been deciphered but has been dated 7300 years old and is mankind’s earliest inscription. It is important to note here that this was made a few centuries before the earliest megalithic monuments were built in Iberia, and later further north. Recent archaeological discoveries have also proved that the central Balkans, north of Thessaly, are the first region where metallurgy emerged in the world some eight millennia ago…

… this script comprises a staggering 5400 different undeciphered symbols, many of which look identical and others very similar to the letters of the Greek alphabet. Notwithstanding the obvious visual similarities, thus far no connection between the two has been explained. The emergence of their own alphabet was a problem which puzzled the ancient Greek scholars themselves, who provided a few different theories as to who its inventor was.(FN) 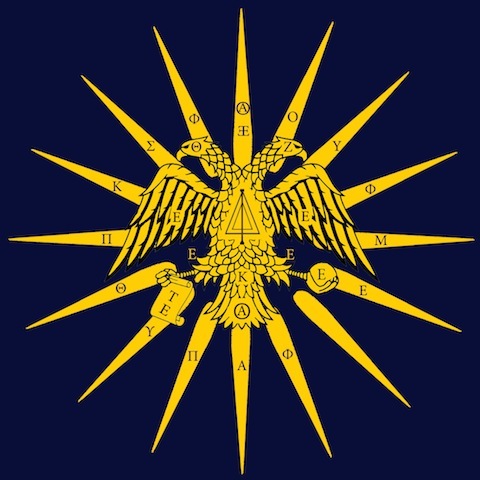 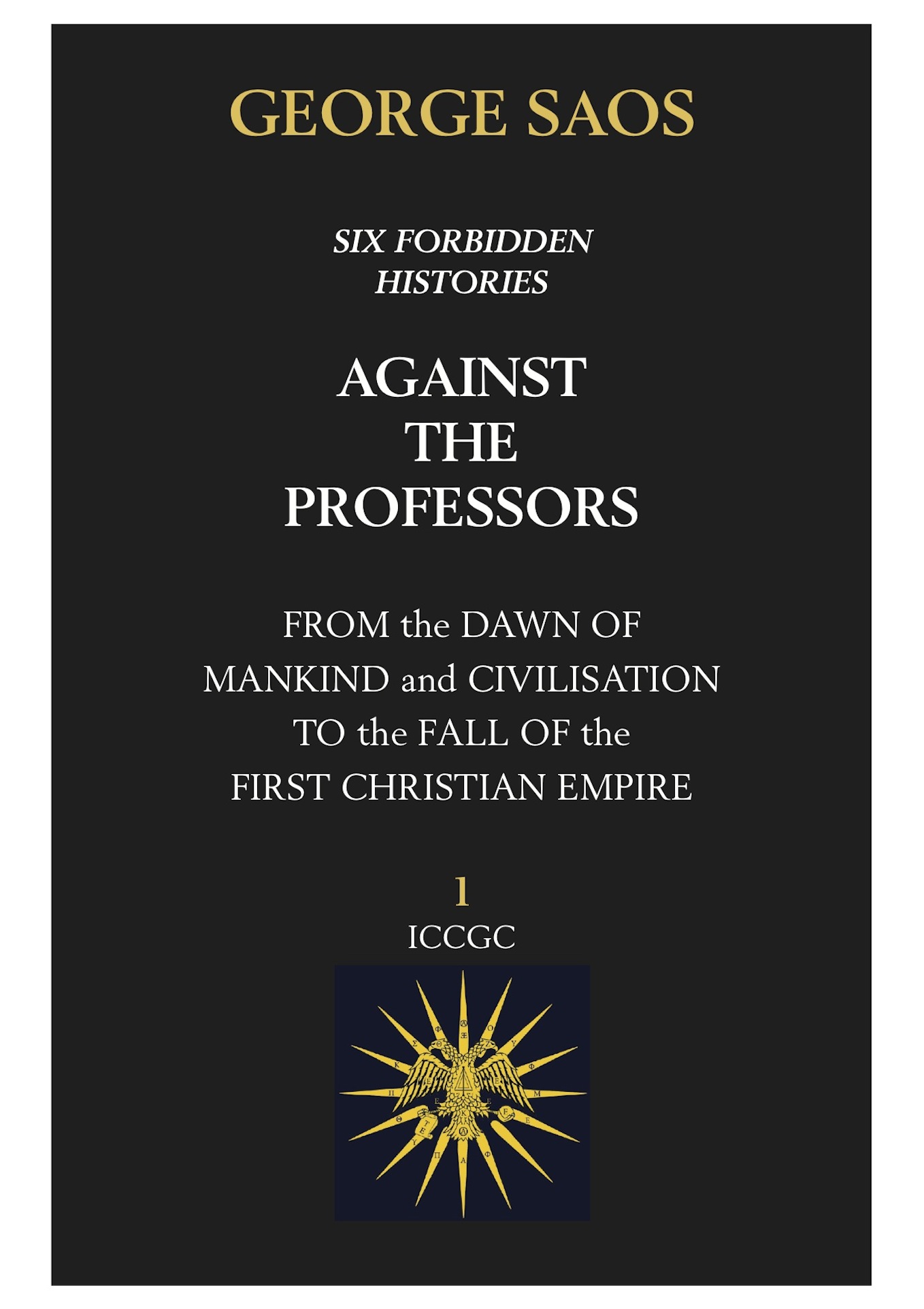